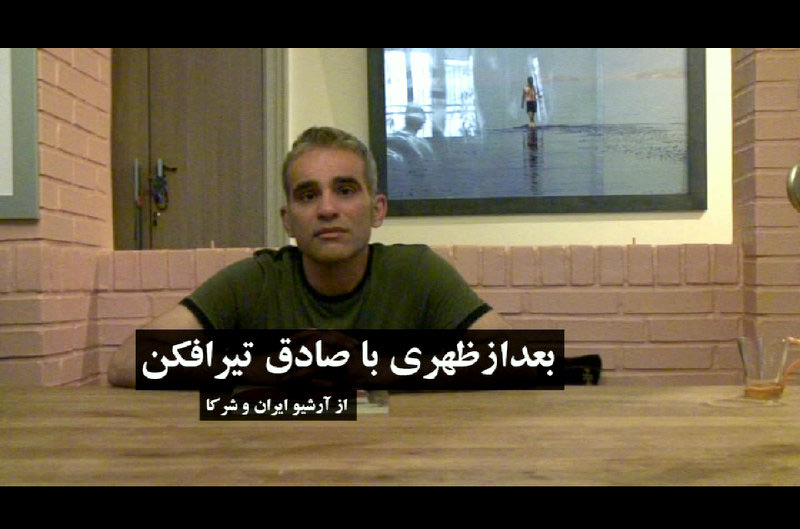 An Afternoon with Sadegh TIRAFKAN
in Conversation with Amirali Ghasemi

Interview with Iranian artist Sadegh Tirafkan (1965-2013) was Recorded in summer 2010, in his studio in Tehran. Tirafkan talks about his various photography, installation and video projects, plus the exhibitions in which we took part internationally and the praise and criticism he would get in response due to his brave and contemporary approach.
The film has edited in 2 versions and and shorter 25 min version were shown in Sadegh Tirafkan’s Memorial held at Tehran Museum of contemporary arts. The full length interview was showed in Dastan’s Basement, Tehran along a slideshow of Sadegh’s work edited by Abbas Kowsari in Wednesday June 12th, 2013.

Representation of Iranian Art Beyond Border

Iran & Co. Digital Archive and Exhibition by Iran & Co Team is licensed under a Creative Commons Attribution-NonCommercial-ShareAlike 4.0 International License.
Based on a work at http://www.iranandco.com/blog.